Ever Wonder If Emus And Kangaroos Can Walk Backwards? I Didn’t, Until… 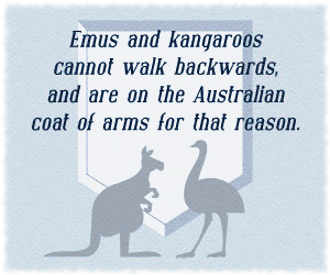 I saw this and wondered if it could be true.

I’m reading a travel book about Australia right now called In A Sunburned Country by Bill Bryson, and am most of the way through it but haven’t seen anything about this. 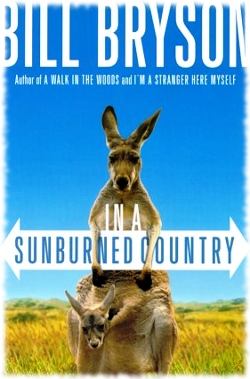 Emus and kangaroos not being able to walk backwards seems like the quirky kind of thing that Bill Bryson would put into a travel book but… maybe I haven’t quite gotten to that part yet or something.

I certainly have gotten to plenty of parts about deadly and otherwise dangerous things that naturally creep, swim, and crawl in various parts of Australia though. *shudders*

Okay so where were we? Oh yeah, could it really be true that the emu and kangaroo are on the Australian coat of arms because they can’t walk backwards? And are they even on the coat of arms at all?

According to Wikipedia the red kangaroo and the emu are both ‘unofficial emblems of the nation’ because they’re the most well-known animals that are native to Australia and Australia only. 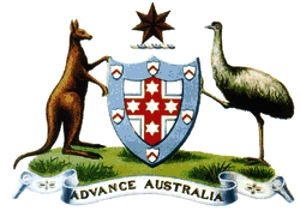 So there you have it: emus and kangaroos can move backwards, forwards, sideways, and apparently also hold up shields. 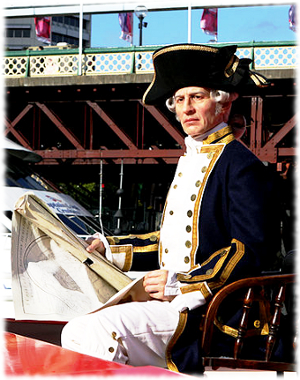 Buy hey since I’m here, I’m wondering if you could take a moment off from staring bravely into the distance and point me towards where the bathroom is on this boat.

When I first saw this picture I thought this guy was part of one of those history boat tours where someone dresses up like a famous person of historical significance and pretends to be them the whole tour.

You know, pointing out different landmarks and attractions while copping a fake accent and dropping in well-timed historical references.

But I was wrong.

Turns out it is actually a wax figure of Captain James Cook that was brought out and given a boat ride to celebrate some events that were happening in Sydney, Australia. Specifically the opening of a new wax figure museum and the launching of a new boat for one of the cruise companies there. 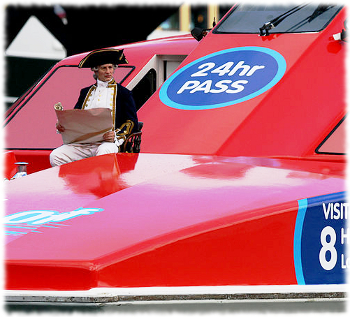 The tie in with Captain Cook is that during one of his famous voyages he observed a transit of Venus across the Sun which only happens once every couple hundred years …and that same transit of Venus was happening again around the time of the big events happening at the two businesses.

Sooo, yeah. But really any excuse is a good excuse to do something as quirky as take a wax figure out for a boat ride.

And if you ever find yourself on a boat in the waters by Sydney, Australia, keep an eye on the other boats. You never know when you might spot a waxy ghost from the past.