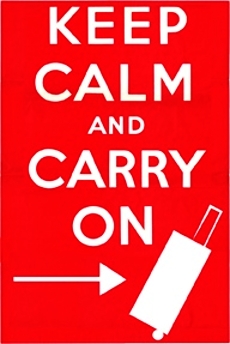 I’m pretty burnt out on the ‘Keep Calm And Carry On’ meme but this one still made me lol! 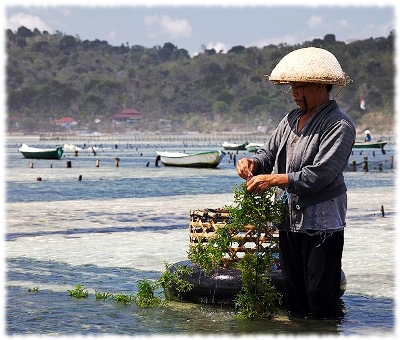 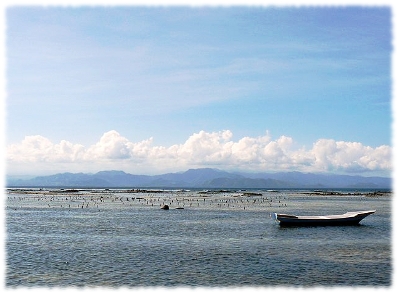 Scratch Your Way Across The World With A Scratch Map 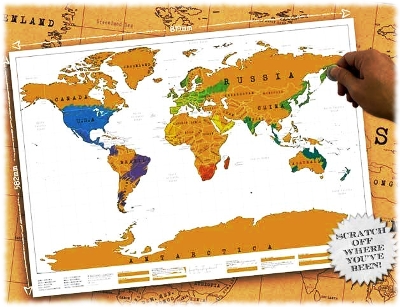 Ever feel like you’ve won the lottery when you (finally) get a chance to travel to a new country?

If only you had some kind of cool thing to help you complete the experience.

Now with this world scratch map you can do just that. Er, but without the winning a million dollars and being set for life thing though lol.

Still, it’s a pretty neat idea. I came across this traveler’s map on Amazon the other day and was immediately drawn in by it. The map is called, fittingly, Scratch Map. It comes in a little protective tube and is small enough so that you can actually even take it with you on your trips if you want. 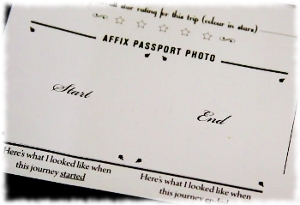 On the back of the map there’s a black and white line drawing style map of the world, along with little boxes and blank lines to fill in.

This is meant to be a place for you to do things like ‘draw your flight paths’ and place passport photos, etc.

I’m not sure how useful that would be, especially if you plan on hanging up the map someday.

The front of the map is the most interesting part of it by far, and I think it would be a cool conversation piece.

As for me, I’m betting if I got this map a trip to Antarctica would happen not long afterwards…just so I could scratch off the biggest area on the map :p. 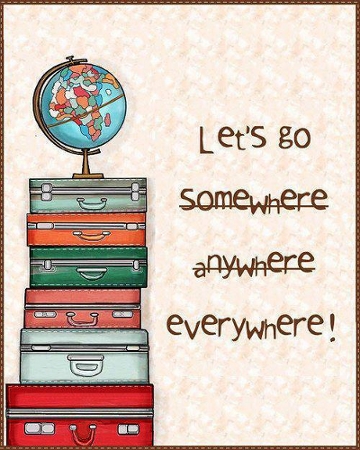 Story Of “The Worst Building In The World”: The Ryugyong Hotel 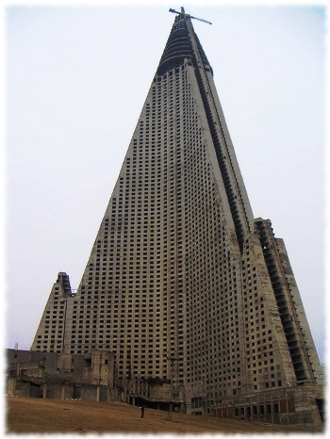 Ah the Ryugyong Hotel. For years I’ve seen pictures of it on the internet, posted as a strange curiosity by people all around the world. It’s weird, unfinished structure looming over the landscape of North Korea like some futuristic anthill.

It wasn’t supposed to be like this though. The Ryugyong Hotel was supposed to be the pride of North Korea, a shining jewel in the skyline of it’s capital city, Pyongyang, and a testament to the nation marching ever forward.

See, back during the Cold War the North Korean government wasn’t too happy about a South Korean company building the world’s tallest hotel, so they decided to do the Cold War pissing contest thing and…build an even taller hotel.

Once built, the Ryugyong Hotel was to be a palace of decadence and debauchery. Where the rich and powerful from both inside and outside of North Korea could come hang out and talk money in a setting more to their liking than the soul crushing one that 99% of North Koreans are forced to exist in. 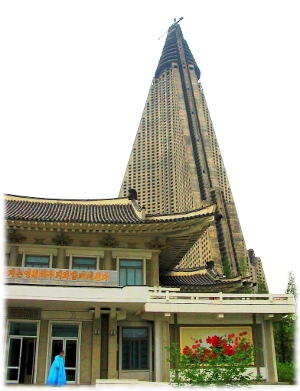 The hotel was supposed to have 3,000 rooms with things like casinos and nightclubs, plus eight floors at the top that rotated.

Construction of the Ryugyong Hotel ran into many problems though thanks to teeny tiny issues such as not being able to get all the materials they needed and faulty building methods. Oh, and the whole running out of money thing.

When the Soviet Union fell in the early 90’s North Korea found itself in an economic crisis and was forced to halt work on the hotel.

So it just sat there, a big, ugly embarrassment to North Korean officials who were so used to being able to play pretend and gloss over evidence of problems in the country.

They hated it, but on the other hand they weren’t willing to actually admit defeat and tear it down either.

North Korean officials did their best to fake like things were still coming along at the hotel, albeit very slowly. Reportedly some officials even liked to pretend that the hotel was occupied when foreign dignitaries were in Pyongyang. Their strategy? Send people into it and turn the lights on and off at night. You know, the lights in the unfinished, crumbling shell of a building that didn’t even have glass on it’s windows. Yeah.

Over time the Ryugyong Hotel became a weird curiosity for outsiders with it’s freakshow appeal, and people soaked up reports of the oddities and problems of the building. Like the rusting construction crane that had just been left at the top, and how some of the elevator shafts didn’t even line up.

Eventually the Ryugyong Hotel became known in the media as ‘The Worst Building In The World’. Other nicknames for it were ‘The Phantom Hotel’ and ‘The Hotel Of Doom’.

It sat like this for 22 years (that’s 22 years of fake light flicking lol) until an Egyptian company decided that it wanted to construct a 3g mobile network in Korea. 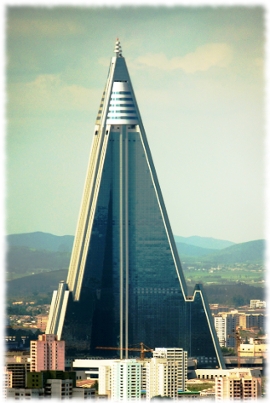 This company committed itself to fixing up the Ryugyong Hotel, doing stuff like putting windows on the building, transforming it at least on the outside from a creepy anthill into a futuristic rocket ship of a building that looks ready to launch from the ground at any moment.

And whaddya know, suddenly the North Korean government decided they’d grant this same Egyptian company the right to build a mobile network in the country.

As far as I know the Ryugyong Hotel isn’t actually open for business though, as the inside is still pretty sparse. Not that I would ever think of visiting either way of course. Even putting aside the whole horrible North Korea thing, there’s no way in hell they’d ever get me to step into one of those elevators!