If you’re a fan of looking at travel stuff online then you’ve probably seen this picture at one time or another: 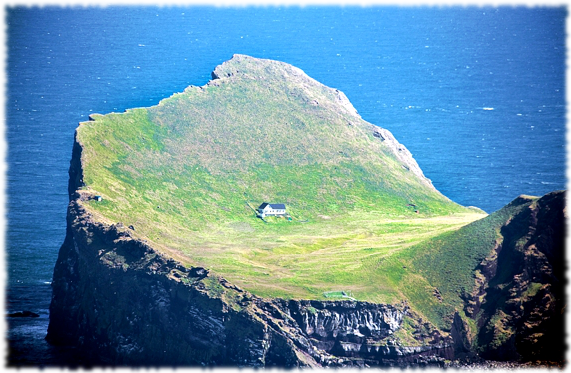 It’s often posted without much context or even a name to associate the island with, so looking at the picture ends up being a mysterious experience.

You can’t help but wonder, where is this place? and who the heck lives in such an isolated house?

Depending on who you are, you might think it a fabulous location to live (hey, no one to bother you with __anything__). Or it might seem like a nightmare (so lonely, not even a tree for company!). 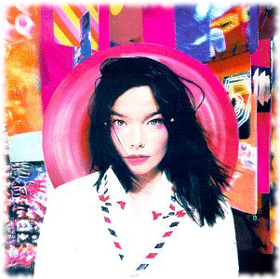 The picture is so widespread and intriguing that an urban legend has sprung up about the island and the house on it. The story goes that this island was given to Icelandic singer Bjork by the prime minister of Iceland in 2000, so that she could have a secluded place to vacation.

Well it turns out that this is an island in Iceland called Elliðaey (pronounced et-li-die) Island.
Sadly the image of Bjork experimenting with new song ideas by belting them out in the remote cliffs of Elliðaey Island is only a work of fiction. The single building is actually a hunting lodge used as a shelter for puffin hunters. No one has lived on the island since the 1930’s, when believe it or not five families lived on the island and survived by hunting puffins, fishing, and raising cattle.

What a life that must have been. I want to find out more about these families that existed on such a tiny and remote island. But for now I’ll settle for gazing at the grassy and windswept island called Elliðaey.

So whenever life starts to stress you out, just look at a picture of Elliðaey Island. Imagine yourself kicking back and listening to a Bjork album, with no one around to even think about bothering you with their Human Behavior.